Brittney and Brandon met through mutual friends in their hometown of Pine Bluff, Arkansas. They kept in touch even though they lived far apart for many years as Brandon served active duty in the US Army including a tour in Iraq.

They started dating four years after they met when they both moved to Tennessee. Brandon finished his Bachelor’s and Masters of Accounting at University of Memphis and Brittney finished her medical degree at Vanderbilt University. 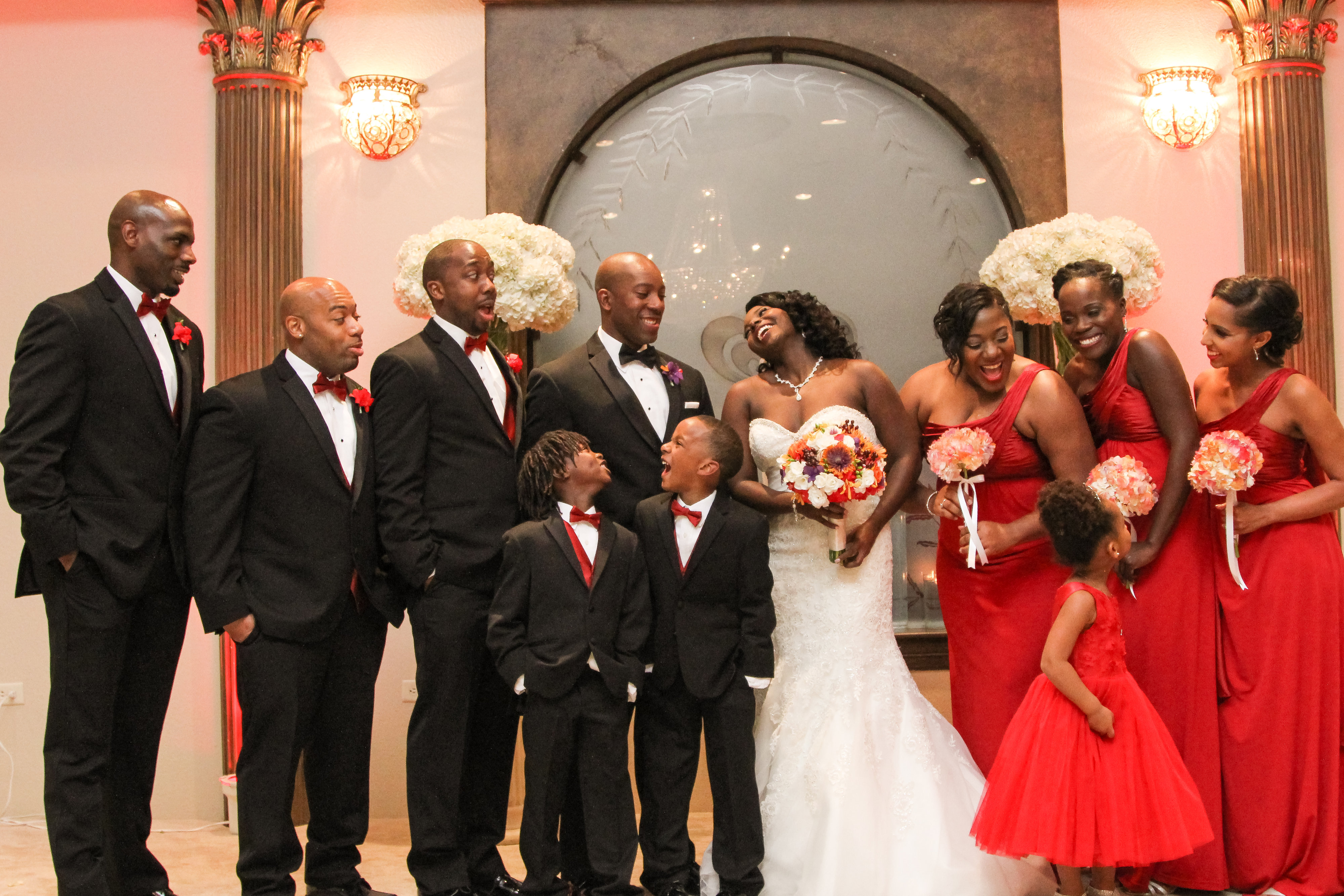 The Proposal: Brittney moved to Dallas, Texas after medical school and Brandon came to to visit a few days before Christmas. Brandon knew Brittney loved to paint so he asked her to sign them up for a date night painting class when he came to town. 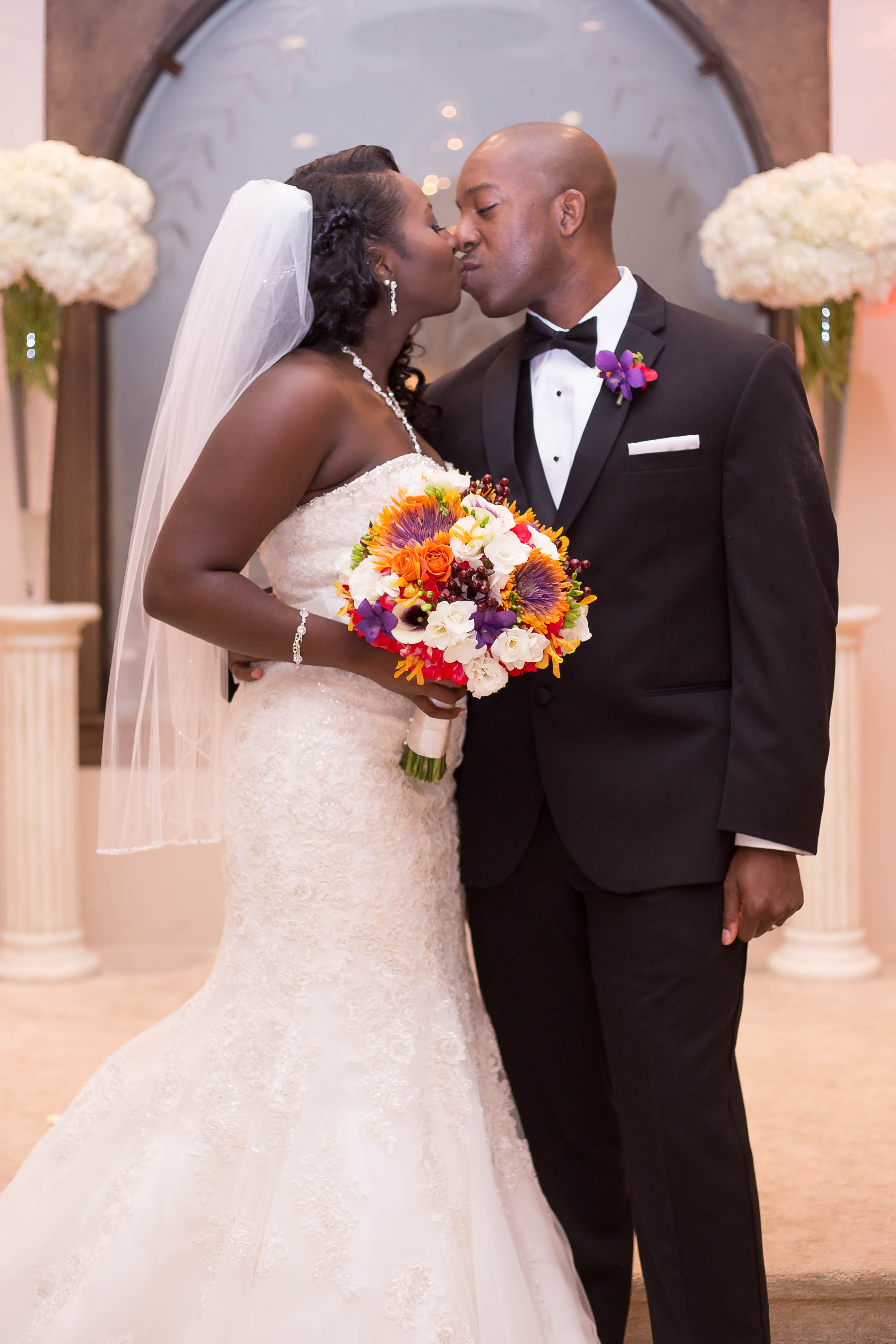 Just as the class was ending, Brandon announced that he had an early Christmas present for Brittney. The class instructor unveiled a painting depicting a scene of a moonlight proposal that read “Brittney, will you marry me?” When Brittney turned around Brandon was down on his knee holding the ring! He had secretly commissioned the painting before he came and had flowers and wine waiting in the back.

About the Wedding Style: Simple and Romantic. We went for classic touches like rose petals lining the aisle and lots of dreamy candlelight in the centerpieces. We didn’t want anything too over the top. The wedding was held after twilight for a more amorous feel.

Theme: An Autumn Affair. We wanted to showcase the wonders of fall time by displaying rich deep colors in a cozy venue. It was a perfect November in Dallas, TX, with a cool chill in the air and beautiful leaves on the ground. We even used a double entendre #FallfortheCraigs as our wedding hashtag. 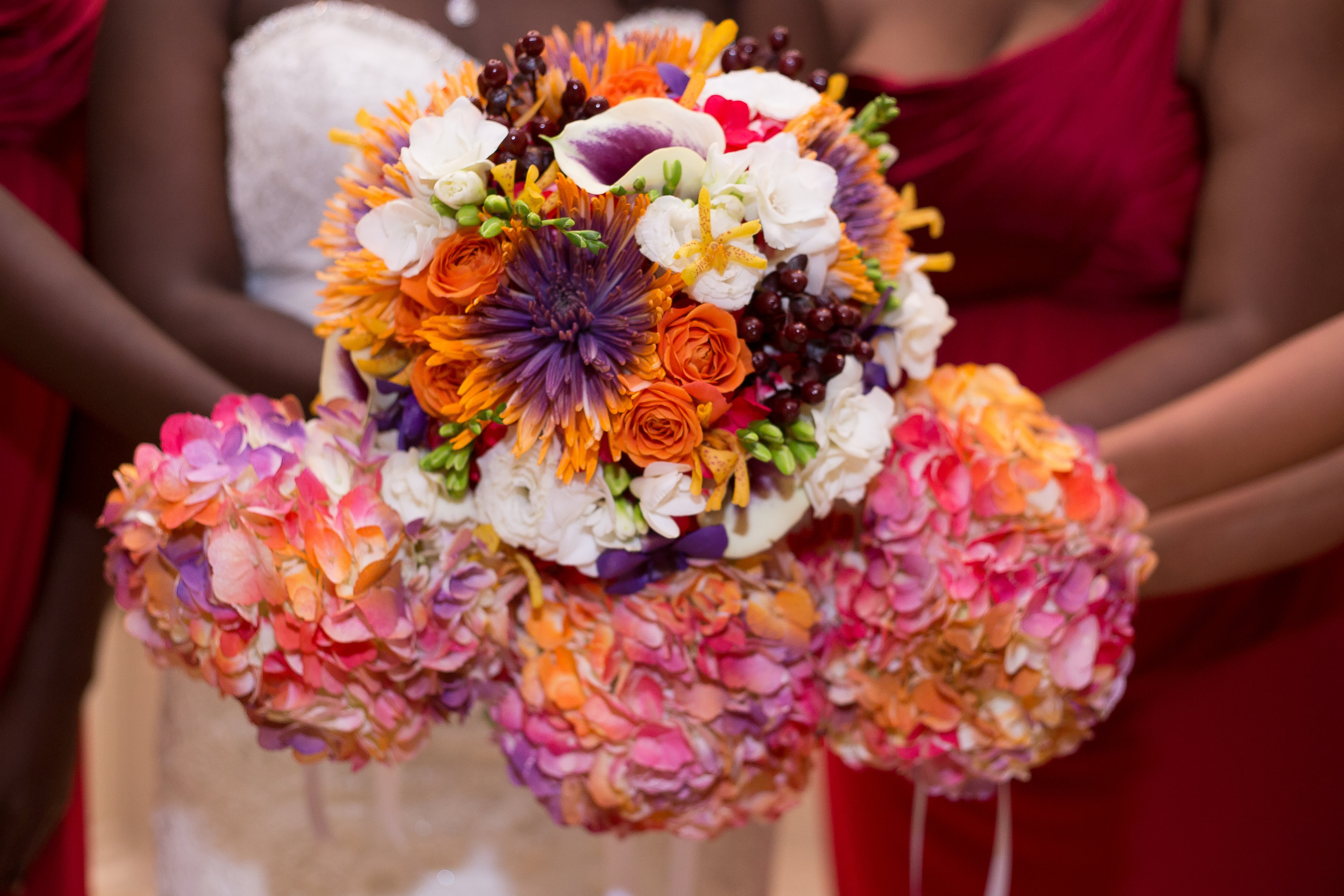 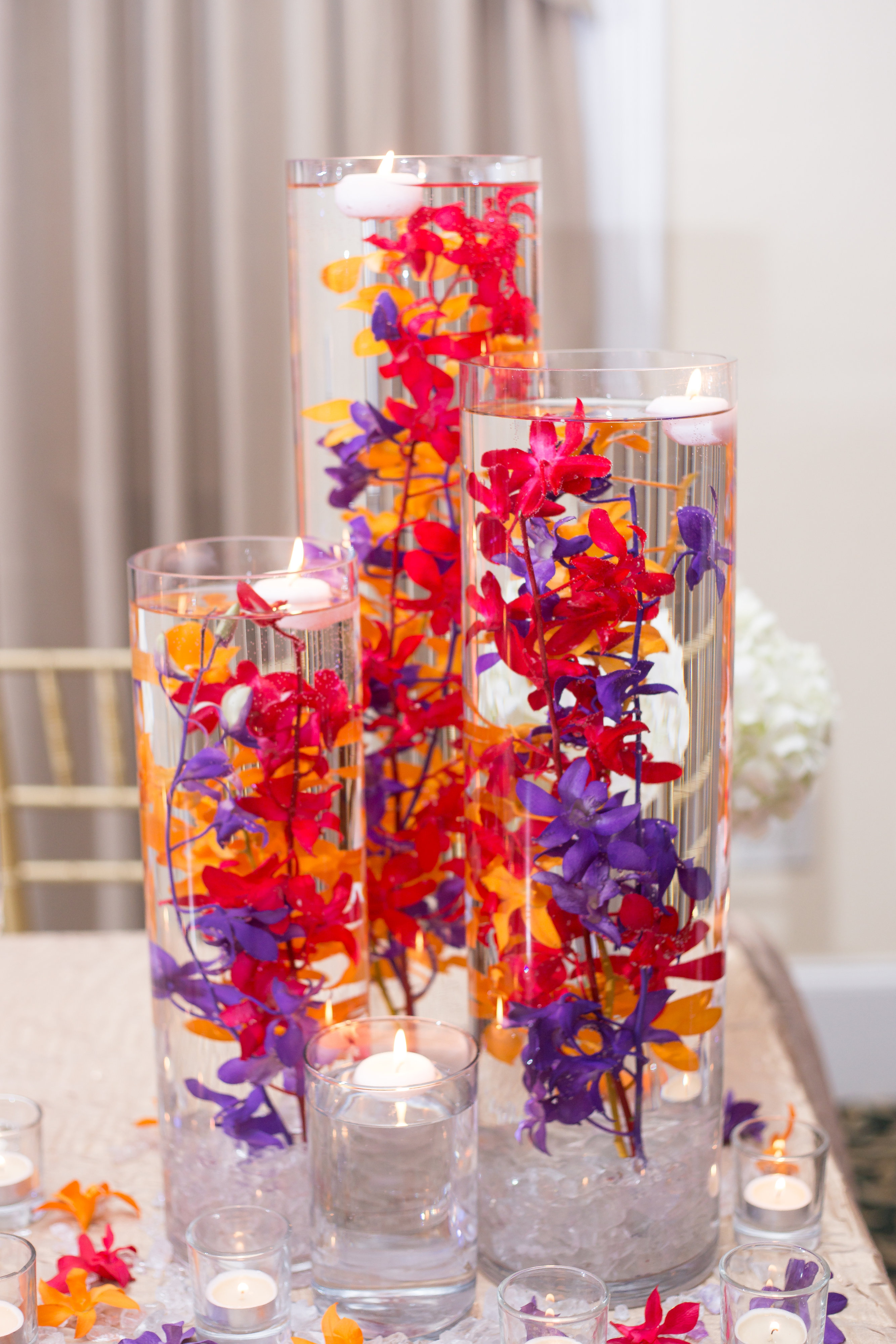 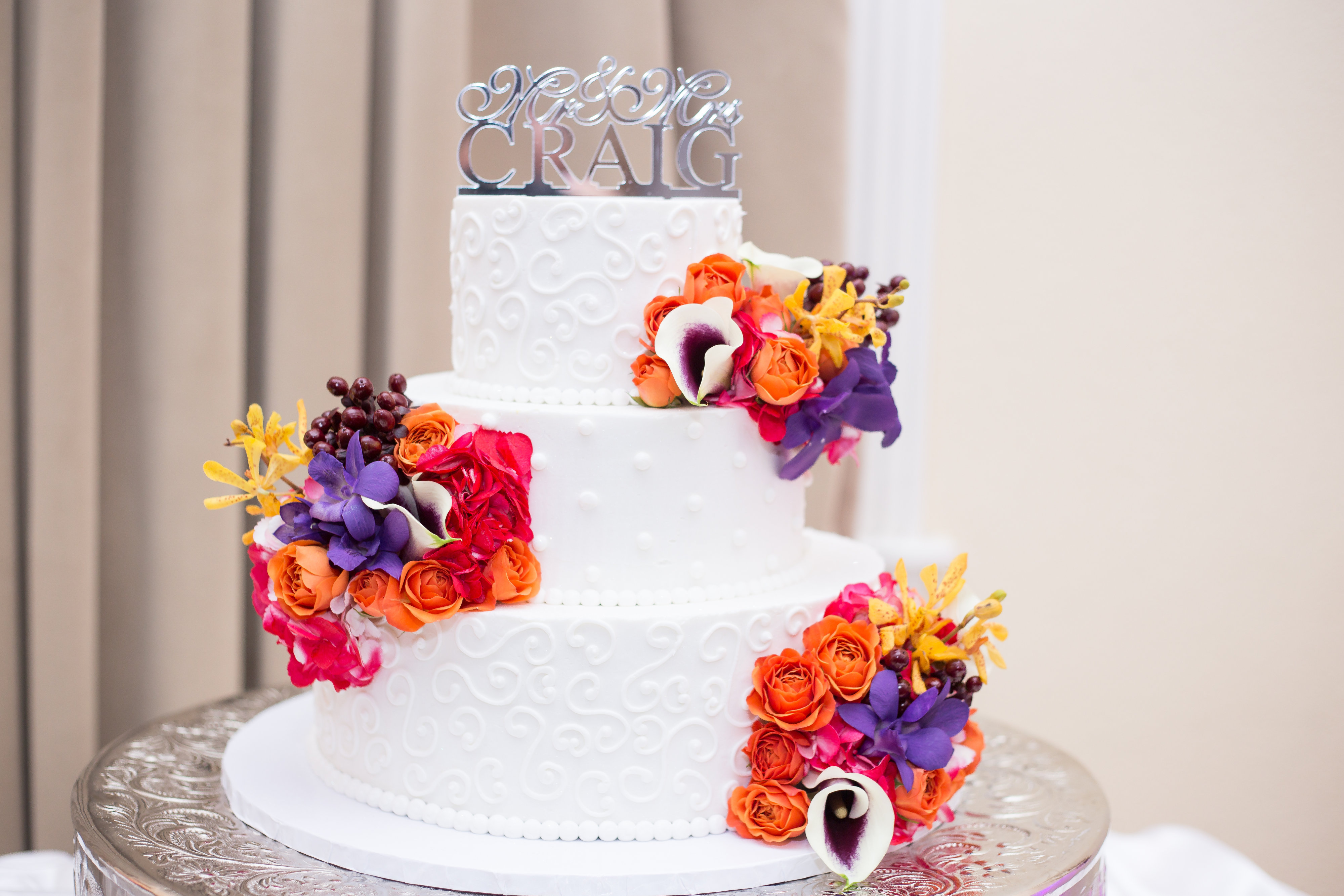 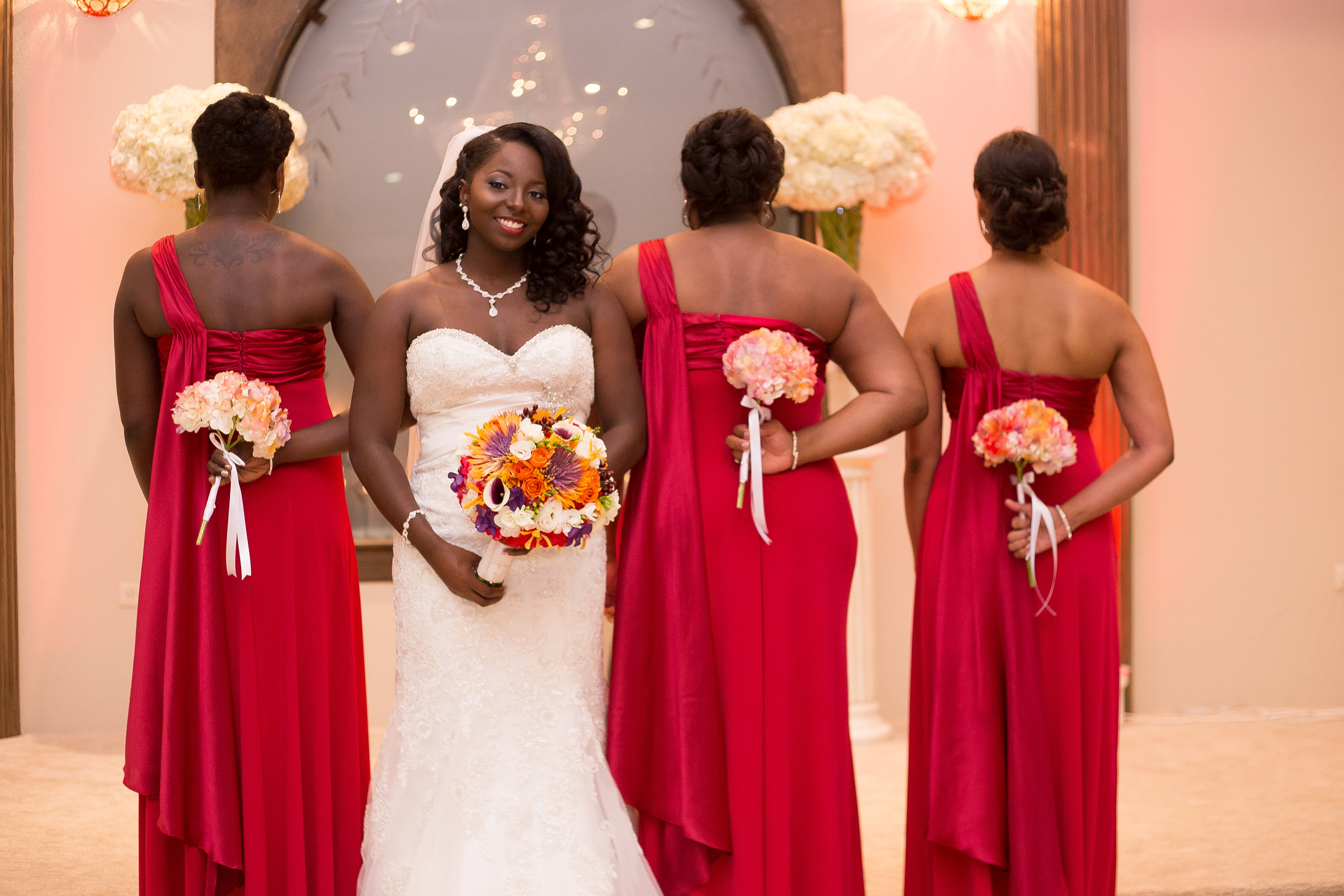 Colors: Apple Red, Plum Purple, and Pumpkin Orange, with Sparkling Silver Accents. We incorporated the colors into all aspects of the wedding including the wedding party attire with the maids and groomsmen in Apple, parents in Plum, and grandparents in Pumpkin. 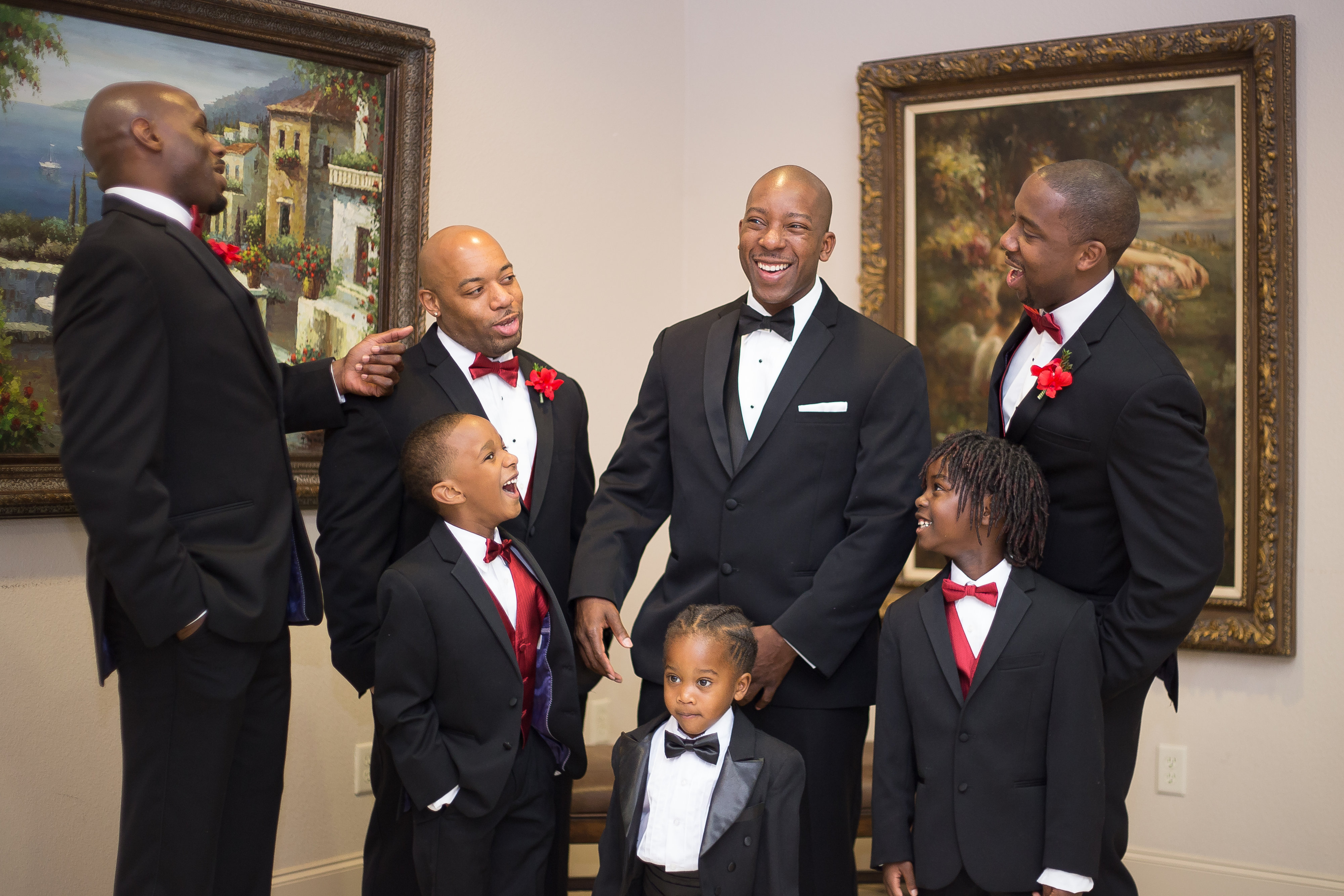 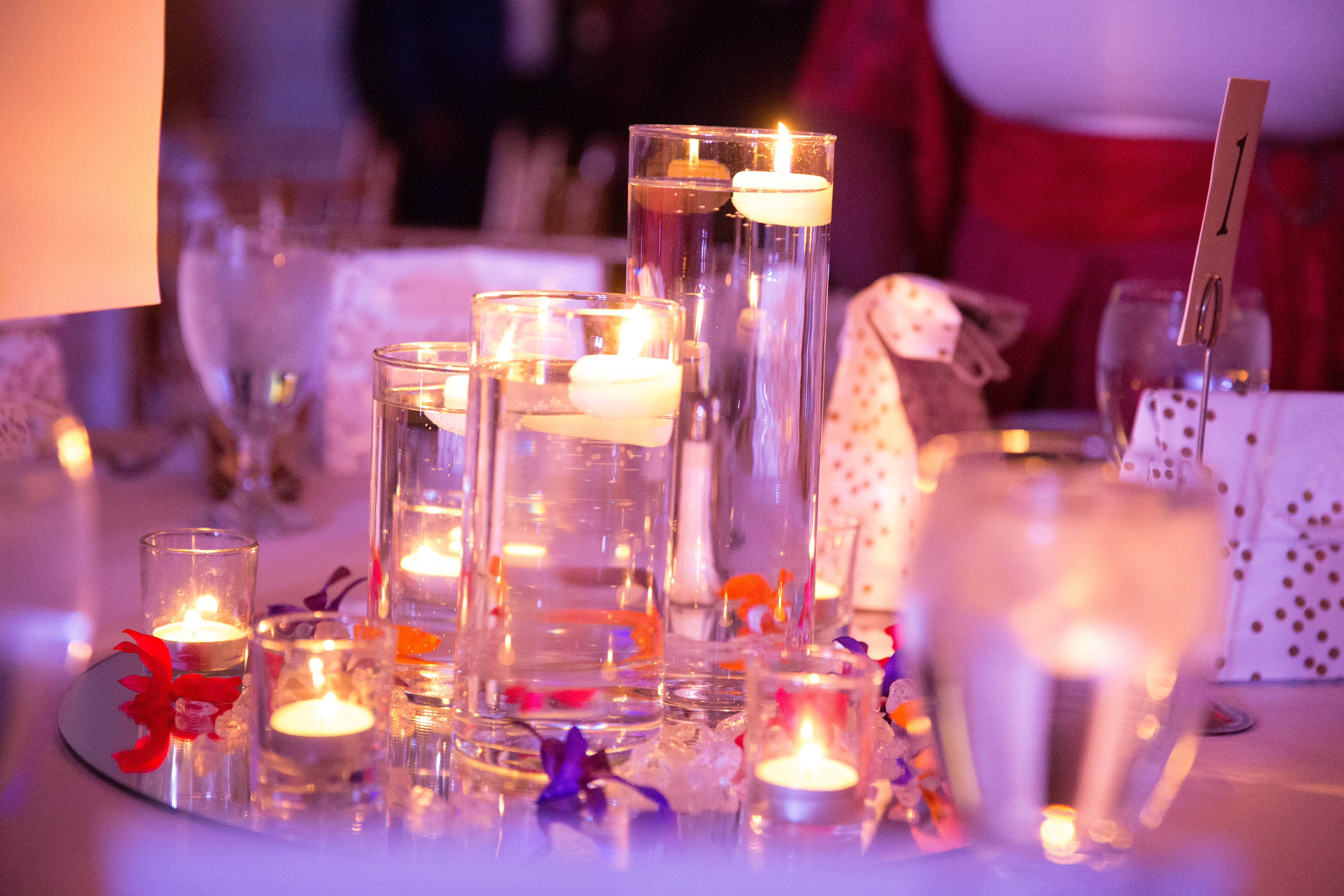 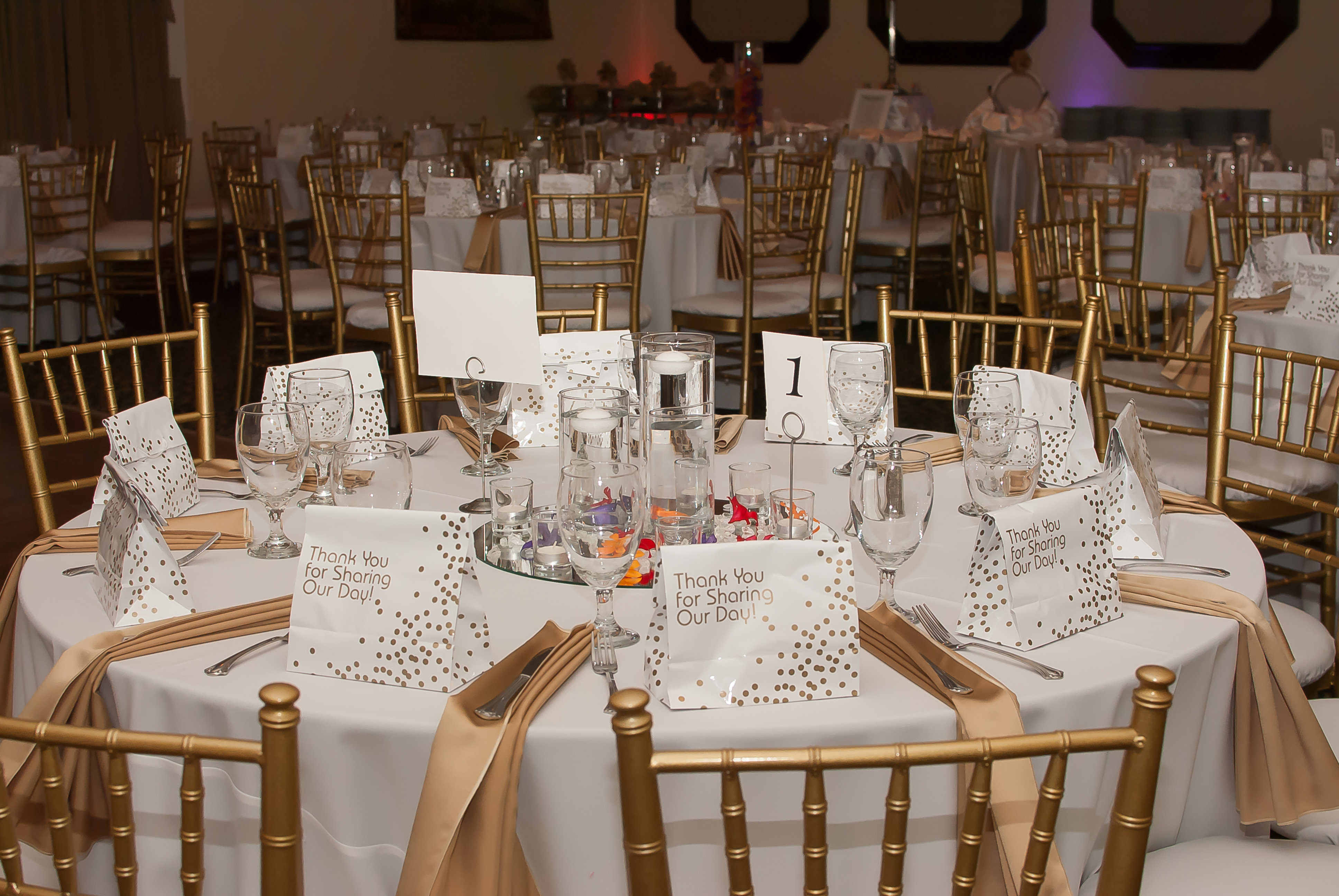 Customs: We had a traditional Christian wedding but we incorporated a Sand Unity Ceremony to symbolize the joining of our two families and the inseparable nature of our marital union that was build on a spiritual foundation. We also had a surprise Mother/Daughter Dance to celebrate the bond between the Bride and her mother.

Best Part for the Bride: The first dance in my husband’s arms! It was to Al Green’s “Let’s Stay Together” and we tore up the dance floor! 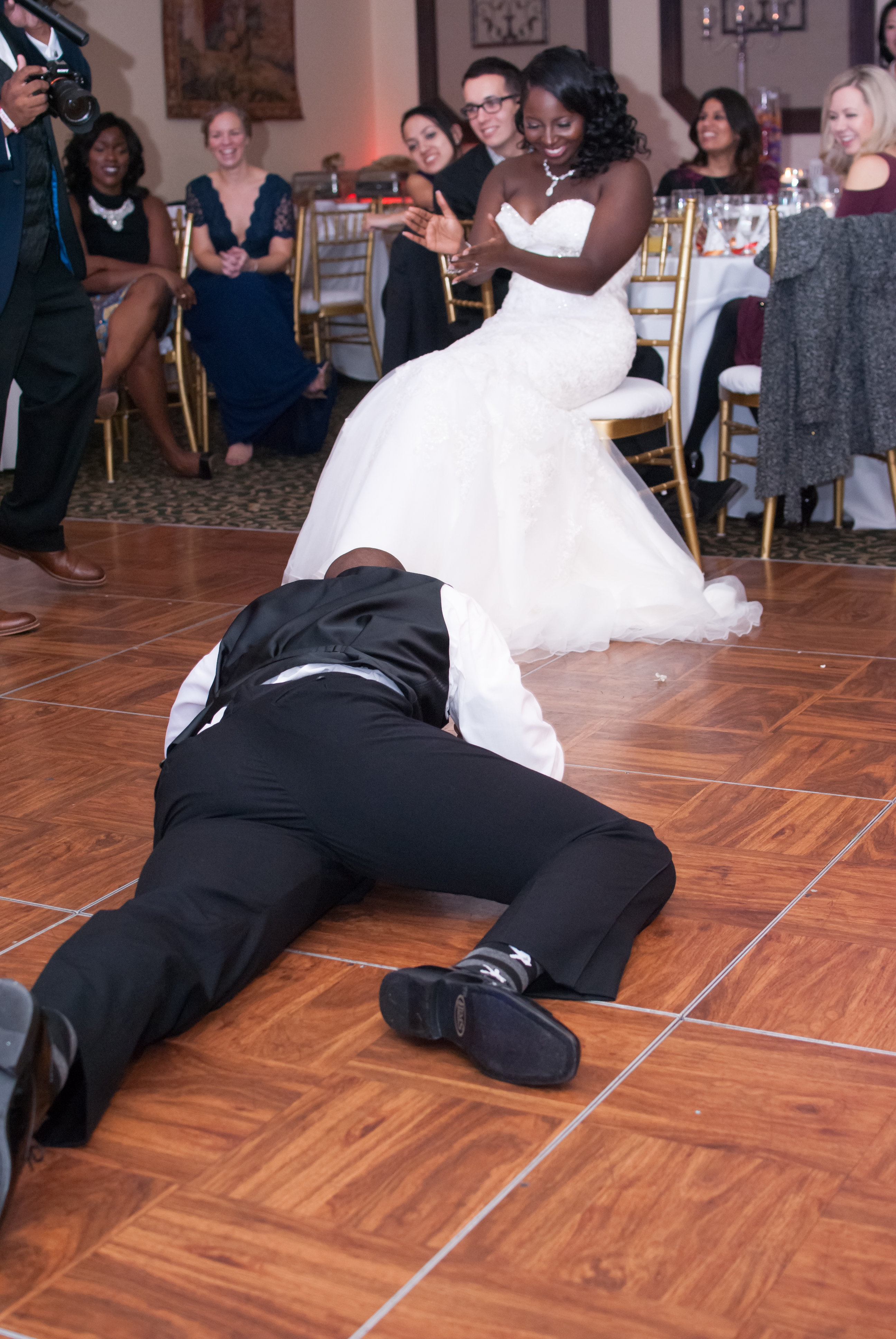 Best Part for the Groom: The retrieval of the garter!

Thank you for sharing your wedding! 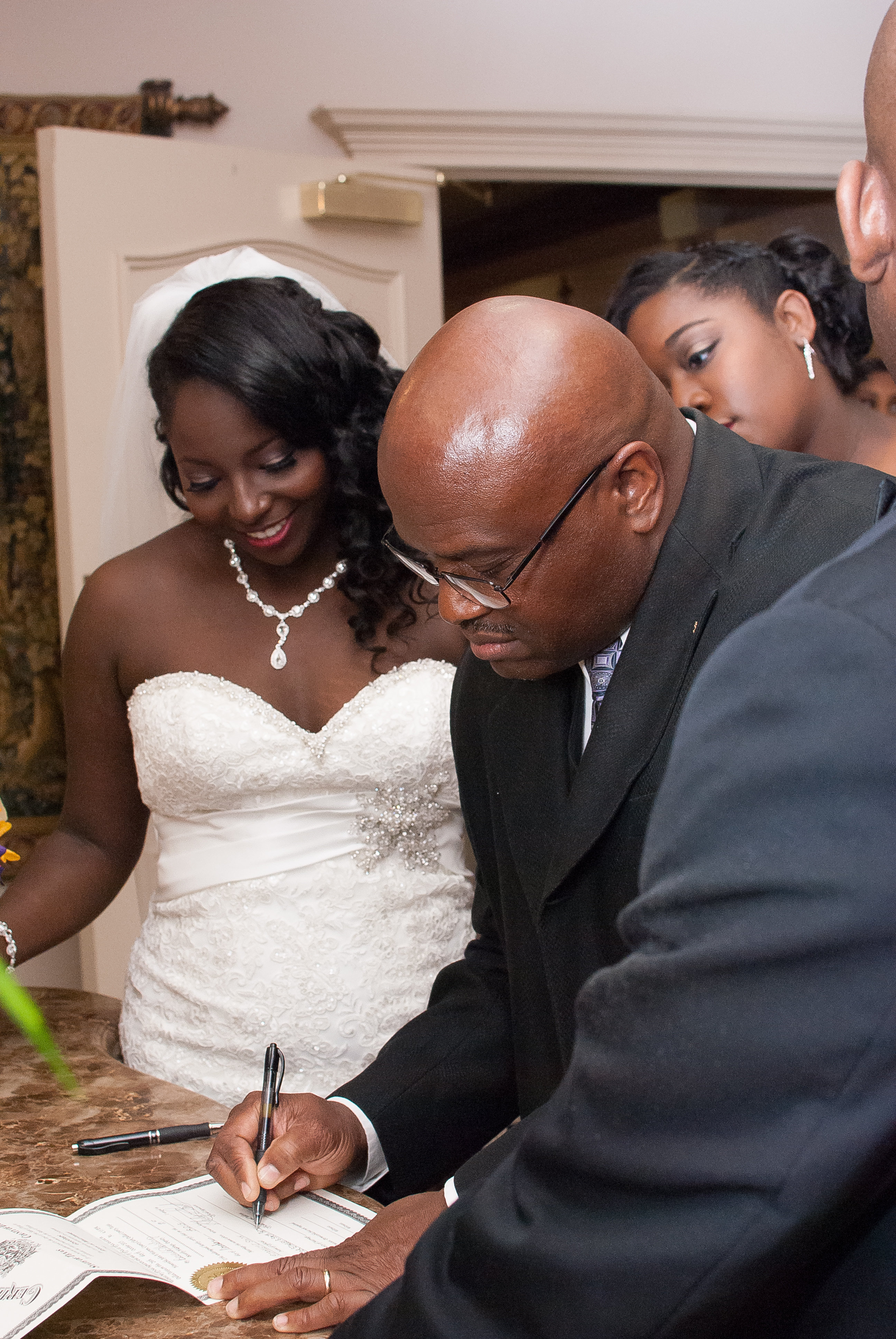 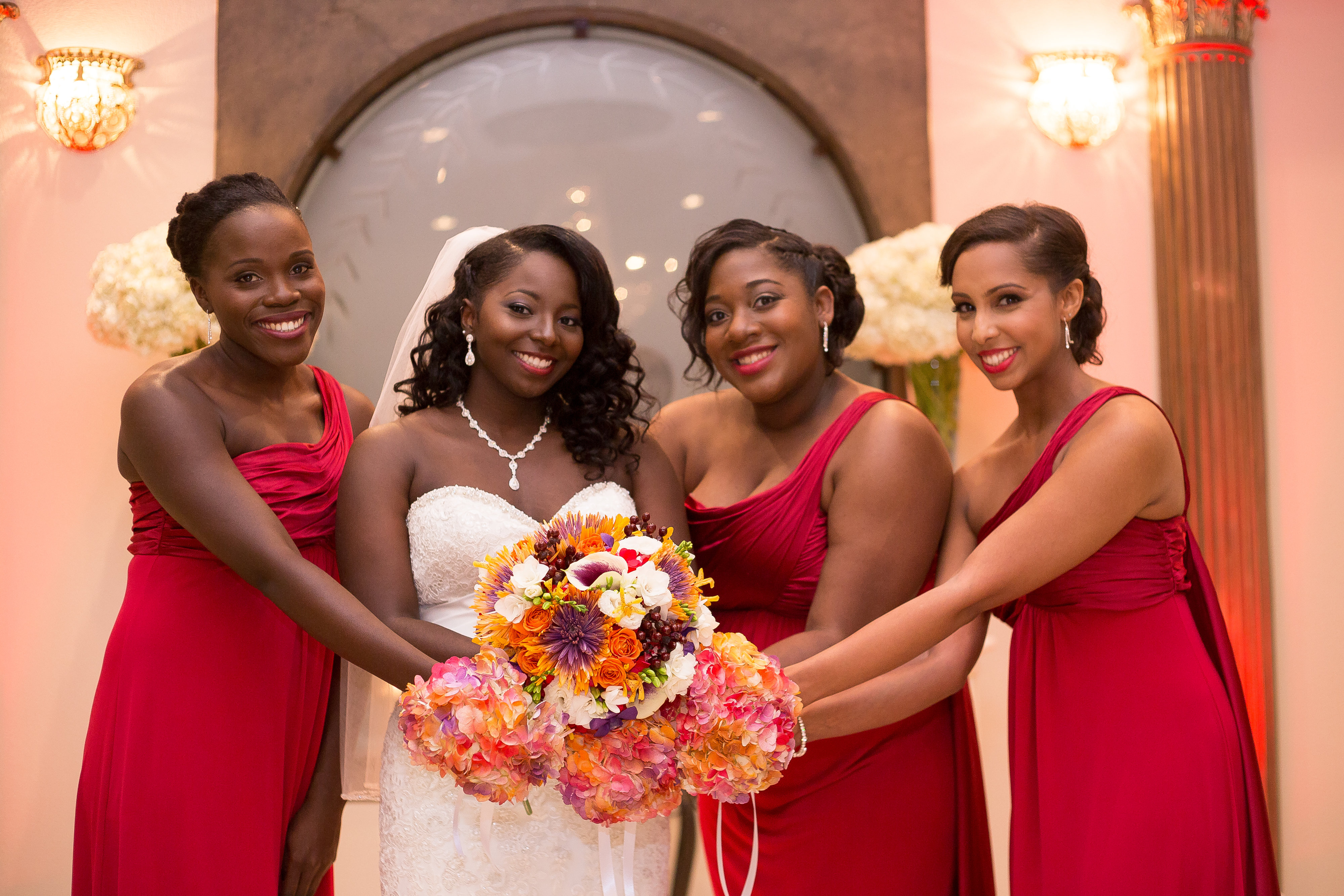 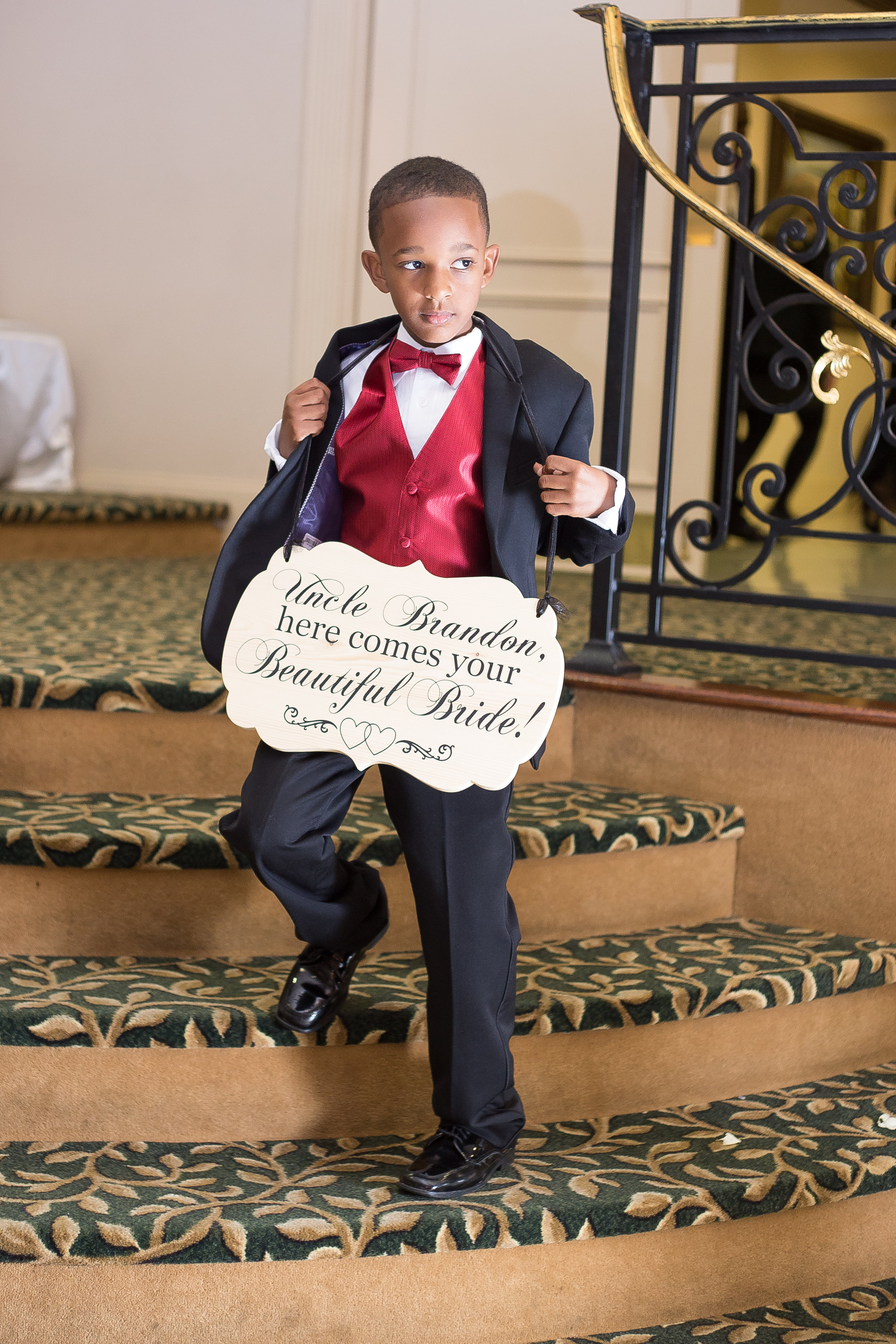 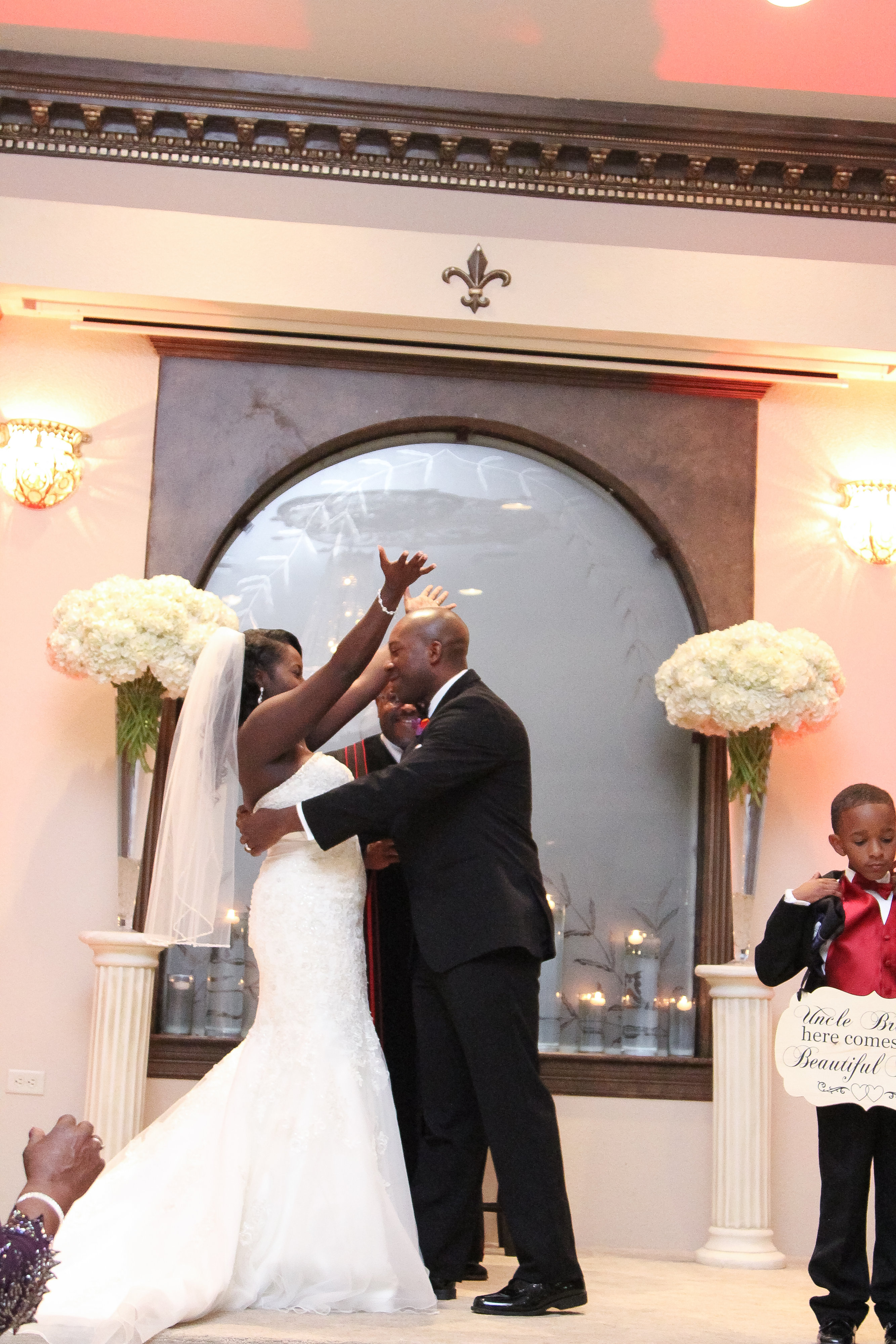 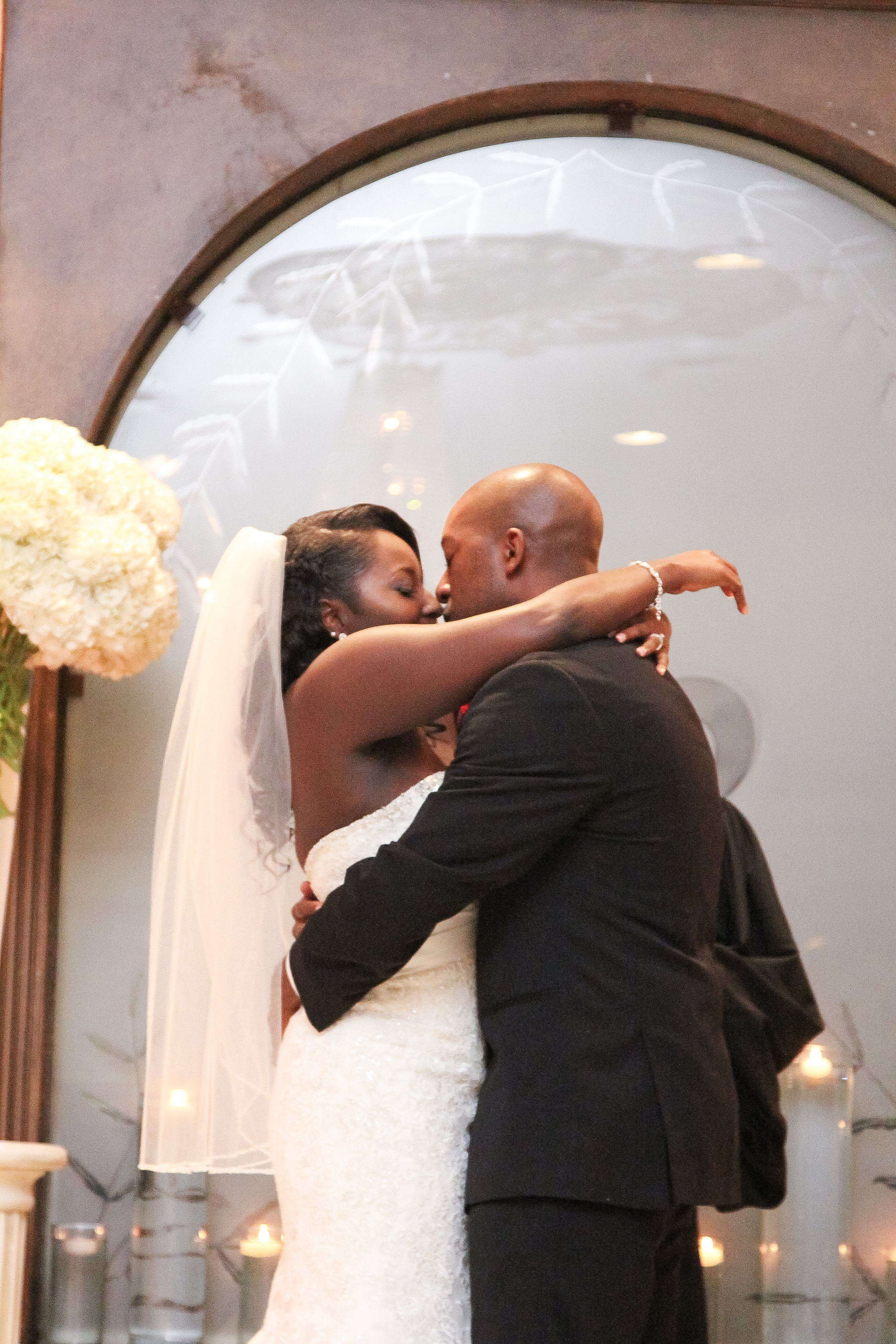 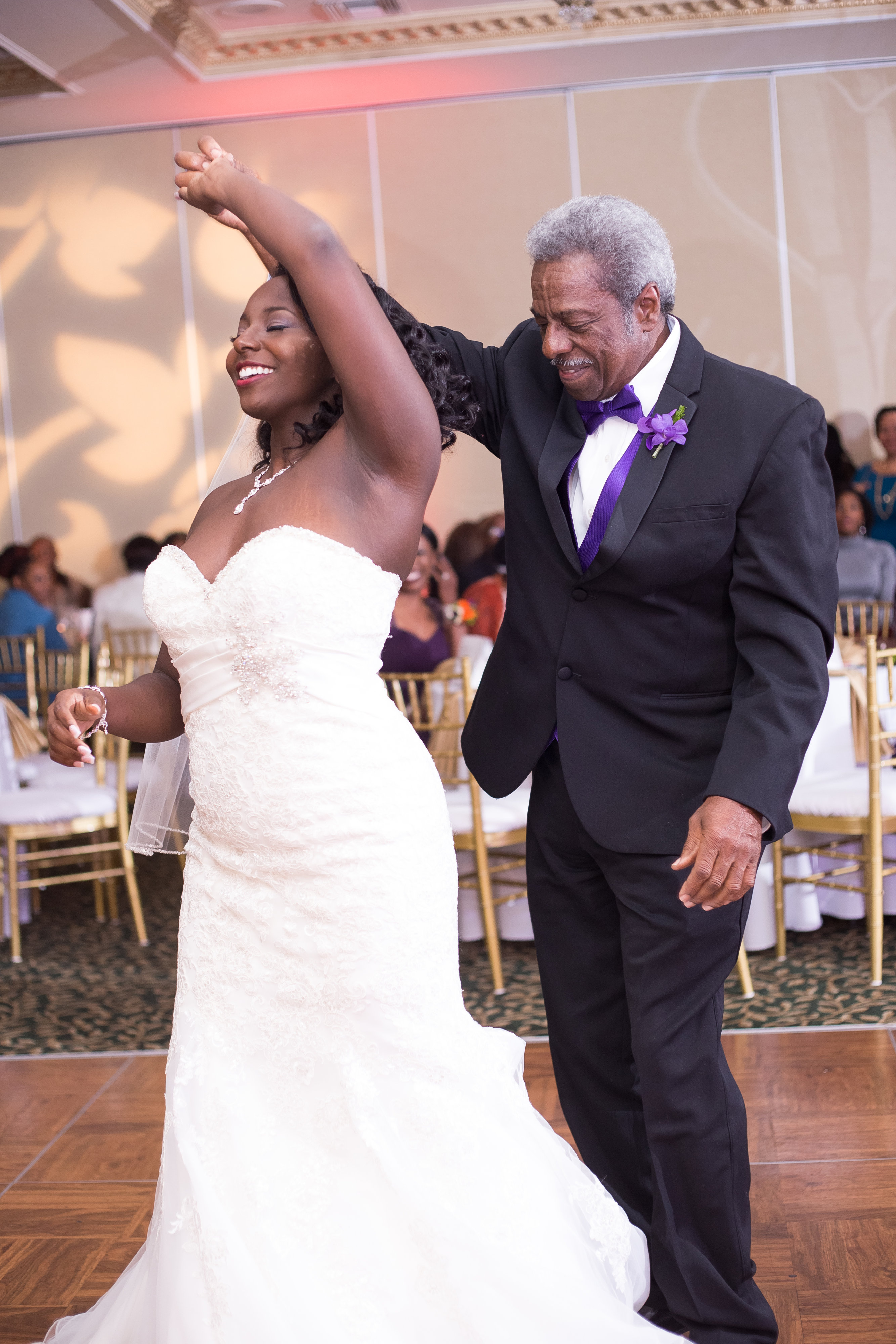 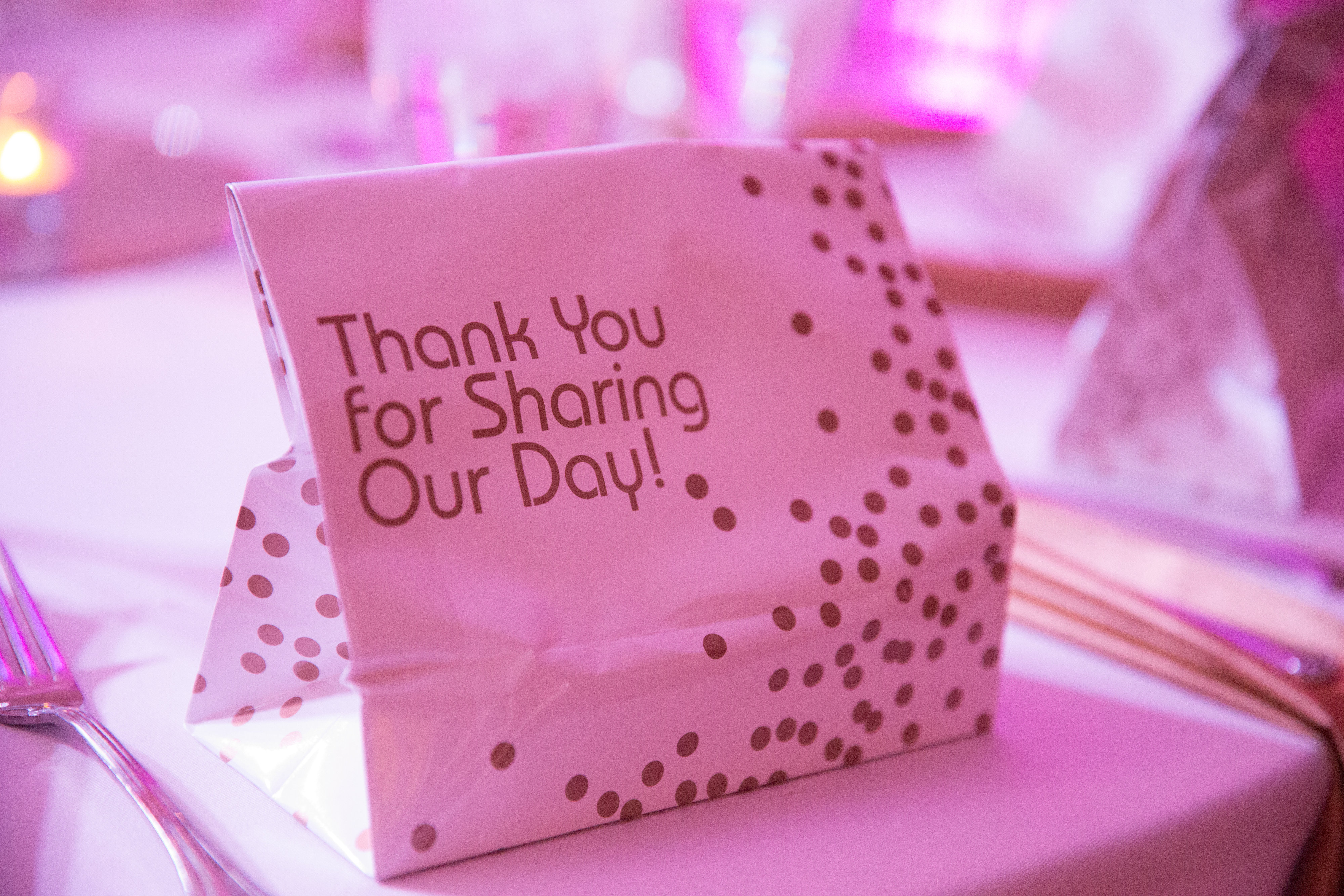 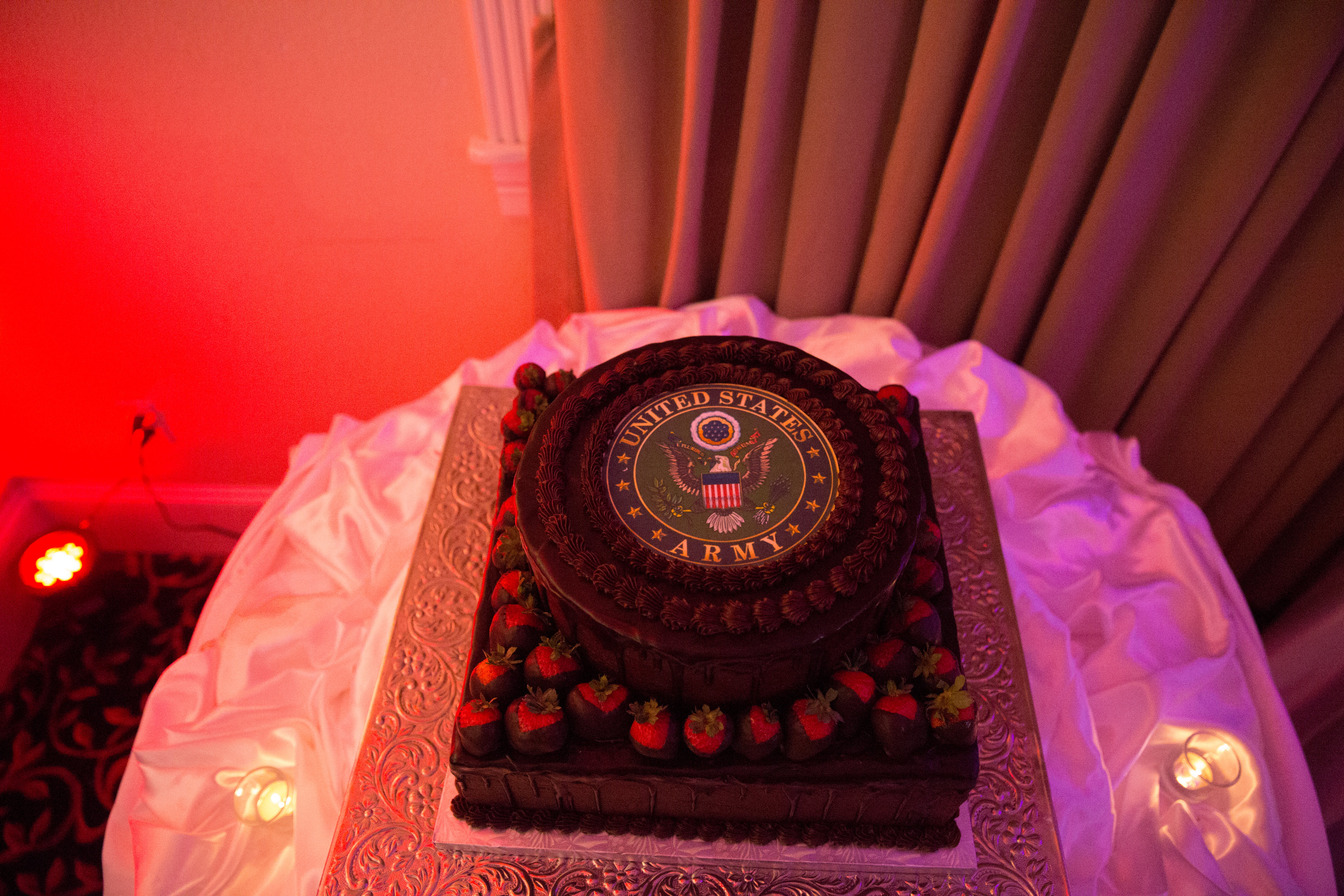 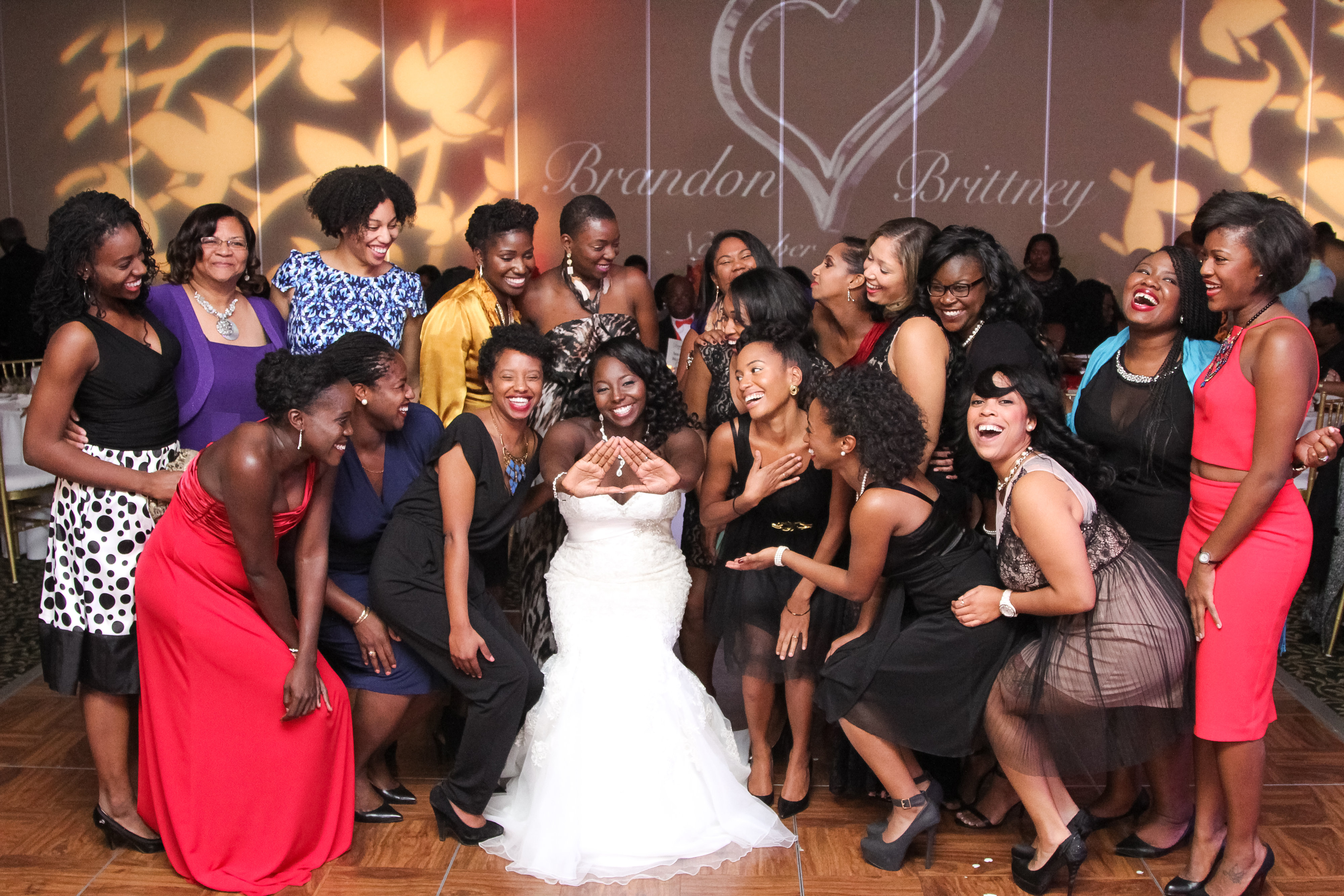